Optioned: WRECKED (Based on the novel, Crash) 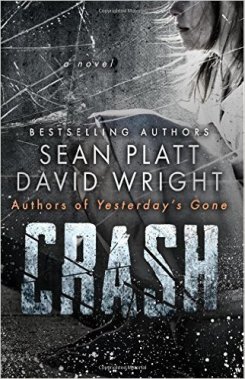 Justin Sloan and Sean Platt recently teamed up to adapt the novel Crash, by Sean Platt and David W Wright, and it was optioned by Rampart Films. Stay tuned for more!

Justin Sloan is a video game writer (with credits on Game of Thrones; Minecraft: Story Mode), novelist (Allie Strom and the Ring of Solomon; Falls of Redemption), and screenwriter (Wrecked; My Husband’s Preggo).

He has written on how to take your writing from hobby to career in such books as Creative Writing Career and its sequel, and on how veterans can pursue their creative passions in his book Military Veterans in Creative Careers. Justin studied writing at the Johns Hopkins University MA in writing program and at the UCLA School of Theater, Film and Television’s Professional Program in Screenwriting.

Justin was in the Marines for five years and has lived in Japan, Korea, and Italy. He currently lives with his amazing wife and children in the Bay Area.

My current project is an adaptation of John L. Monk’s amazing novel, Kick. It’s going to be AMAZING! 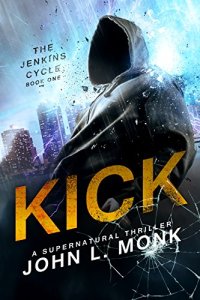 I worked with author Sean Platt to adapt several Sterling & Stone novels, to include Crash Optioned, 2016. Sean Platt and I have also teamed up to adapt his children’s novel, Santa Claus: Exposed.

ADAPTATIONS OF MY NOVELS

“The Tenth Worthy” – Kallie discovers that her new necklace and an unlikely friend are her keys to traveling across the world to save her mom from a cult and their otherworldly leader, and in the process learns that she has a greater destiny. (Family / Fantasy) 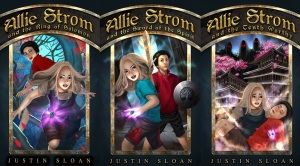 “Teddy in Monsterland” – A teddy bear has until sunrise to overcome his fear of the night and battle the beasts that hold his young master prisoner in Monsterland. (Family / Fantasy)

“Back by Sunrise” –  A young girl copes with the death of her father through the help of a magic necklace that turns her into a bird at night. (Family / Fantasy)

“Final Resting Place” – When a couple’s teenage daughter goes missing, they are terrorized by a malevolent spirit that just might hold the clue they need to find her. (Horror)

“Hounds of God” – A werewolf’s search for a cure throws her into a struggle for survival where she’s challenged to embrace the beast within if she hopes to stop an army of werewolves and save those she loves. (Paranormal Thriller/)

“My Husband’s Preggo” – When a husband can’t empathize with his pregnant wife and she can’t appreciate his attempts to be there for her, a Christmas miracle causes them to switch bodies and learn what it’s really like to be the other sex. (Comedy)

“Just Call it Quits” – When a soon to divorce couple’s college daughter brings back a boyfriend they cannot approve of, they work together one last time to break them up and gets what’s best for their daughter. (Comedy)

“Recalled Marine” – When a Jack Black type character is recalled to the Marines after being out for two years and gaining 100 pounds, he’ll do whatever he can to get released. (SITCOM PILOT)

“Found on Fuji” – An American military veteran goes to Japan to try to find himself, but is thrown off track by his conflicted feelings for a visiting love interest while grappling with her mental distance and recurring illness. (Drama)

“Into Abaddon” – A man is depressed to the point of suicide, until his house is broken into and he must defend his family. But the attackers are not what they seem, and the man soon realizes he has brought a terrible suffering upon himself and his family. (Short Horror / Thriller)